Our highly skilled technicians Dr Dents can massage a metal panel (predominantly from behind) to return it to the original profile. This process is known as Paintless Dent Removal or abbreviated PDR used as a common term within this automotive industry.

We have continually developed this method of dent repair since 2004 using all the latest tools and technology, in line with changing vehicle manufacture and design.

Development of special tooling allows us to gain access into areas previously thought impossible, ever more common where manufacturers now design more and more vehicles with crash impact bars and strengthened sections on majority of body panels. As long as the paintwork is not damaged or broken and we have access to the dent from behind Dr Dents and his team can eliminate virtually any sign of any damage being there.

As the paintwork remains original and unaltered in any way, there is no risk of colour mismatch, overspray or surface contamination. Indeed the manufacturers warranty remains intact as this method of repair is utilized and approved by manufacturers, fleet companies, private traders and much more on their new and used vehicles. This service is also obviously open to the general public; in fact we cater for everyone with any type of vehicle!!.

Most of the dents we remove are caused by the careless opening of a door, shopping trolleys, something falling against the car and natures own hail stone damage!!!

Due to global warming, vehicles are increasingly damaged by severe hail storms as seen in Coventry last year. Our Dr Dents and his team were involved in repairing at least 25 vehicles that were involved and damaged in this severe hail storm. This type of damage can be removed by our specialists Dr Dents and his team with ease without having to pay for a full body repair, however if not accessible the repair will be referred to [Dr Chips’n’Scuffs] and his team.

Larger soft dents can often be repaired with Paintless Dent Repair (PDR) depending on the cause and degree of the damage. In certain instances where access does not allow and the degree of dent is so severe the repair is then referred to Dr Chips’n’Scuffs and his team, all are fully trained and qualified to repair any dent using repair techniques to manufacturers bodyshop standards. In this case the dent will be panel beated out to match the original profile as close as possible, then a thin skin of body filler applied, painted, lacquered and finally polished.

No matter what the degree of severity your dent is, we have the solution to your problems. Call Dr Dents today and book yourself in.

We also cater for customers in the following areas: 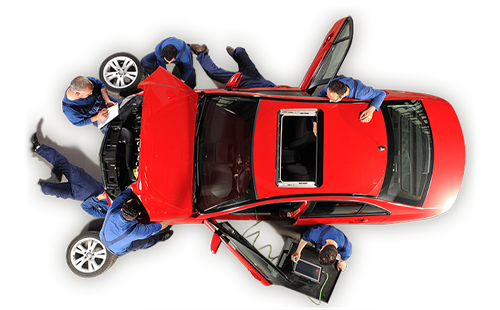 Benefits of PDR for all our Customers are as follows: